Liu Xia, the widow of Liu Xiaobo, 2010 Nobel Peace laureate, at the Helsinki International Airport, Finland,  en route to Germany, on July 10, 2018. She was first put under unlawful house arrest in October 2010, following the announcement of the Nobel Peace Prize for her husband—For nearly eight years, the authorities severely restricted her contact with the outside world. Appeals for her release by the international community intensified following reports of her worsening depression since Liu Xiaobo’s death in July 2017. (File photo: Facebook/Chow Po-chung)

Liu Xiaobo, 61, prominent Chinese intellectual and 2010 Nobel Peace Prize laureate, recognized for “his long and non-violent struggle for fundamental human rights in China,” died of liver cancer on July 13, 2017 in Chinese custody. A proponent of China’s peaceful transition to a constitutional democracy, he co-authored Charter 08, a petition for political reform, for which, along with six essays on human rights and social issues, he was sentenced in 2009 to 11 years’ imprisonment for “inciting subversion of state power.” In prison, his health deteriorated. The authorities announced in June 2017 that he had been transferred to a hospital for treatment of “late-stage liver cancer” that was diagnosed in May—an announcement that came some two years after cirrhosis of the liver was reportedly diagnosed in 2015. But they denied his subsequent wish to leave China to receive treatment abroad accompanied by his wife, poet Liu Xia, who has been under house arrest since 2010, right after the Nobel Peace Prize was announced.

HRIC Resources
An Elegy for Liu Xiaobo
[Translation by Human Rights in China] 他死了，这又能改变什么 阳光明亮，阿尔卑斯山巅的残雪在远方 如闪烁的鱼鳞，他的骨灰被抛向闪烁的大海 如鱼鳞，我们对他的追忆 也鱼鳞般渐行渐远么？ 这又能改变什么，他死了 He died, and what can it change In bright sunshine, the distant remnant snow at the summit of the Alps Flickers like fish scales. His ashes tossed into the flashing sea Like...
August 21, 2017
Citizens' Square
Liu Xiaobo
Liu Xiaobo’s Death is a Stain on the CPC, International Community Must Press for Liu Xia’s Freedom

“That the Chinese authorities took away Liu’s freedom for articulating this vision, in Charter 08 and articles that he wrote, highlights the cowardice and moral void of this regime. That they allowed prison to ruin his health marks its brutality,” said Sharon Hom, Executive Director of Human Rights in China. “And that they denied his final wish to leave China for medical treatment—in an ultimate assault to Liu’s dignity—lays bare its true face and inhumanity.”

“How is it possible that prison authorities had not known about his condition earlier? Is it possible that Liu Xiaobo was symptom-free until May and then suddenly was diagnosed as terminal?” asks Sharon Hom, Executive Director of Human Rights in China. “What medical examinations and treatments were afforded Liu Xiaobo prior to this medical parole?

Human Rights: Human rights are not bestowed by a state; they are inherent rights enjoyed by every person. Guaranteeing human rights is both the most important objective of a government and the foundation of the legitimacy of its public authority; it is also the intrinsic requirement of the policy of “putting people first.” China’s successive political disasters have all been closely related to the disregard for human rights by the ruling establishment. People are the mainstay of a nation; a nation serves its people; government exists for the people.

This special CRF issue includes a collection of essays by Liu Xiaobo that the authorities claimed to have constituted evidence of his incitement to subvert state power, official documents, Liu’s final statement at trial, “I have No Enemies,” as well as a chronologyof Liu’s activism.

CRF 2010, no. 1 - Freedom of Expression on Trial in China
For Whom the Bell Tolls 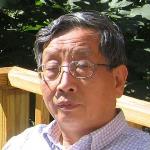 From being a key player in Tiananmen Square to passing away alone in Shenyang’s First Hospital of China Medical University, Liu Xiaobo’s fate not only reflects the plight of China’s democracy, it is also a wakeup call to the world. Twenty-eight years ago, who would have imagined that today’s world would become like this? At this rate, the world in another 28 years will be unthinkable. For whom does the bell toll? I hope Liu Xiaobo’s death will become the start of a reversal.

We hope our expanded special feature on Liu Xiaobo—including news items, analyses of the significance of his life and work, international support for Liu Xia and calls for accountability, and commentaries—will be a useful information resource and help generate more effective action by the international community. 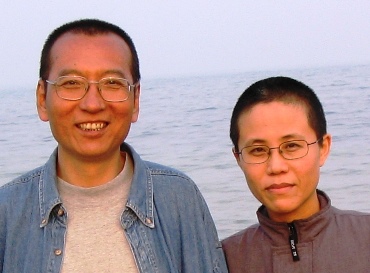 People gathered in front of Hong Kong’s Court of Final Appeal for a candlelight vigil to demand the release of imprisoned Nobel Peace Laureate Liu Xiaobo, who is suffering from late-stage liver cancer and has been transferred out of prison to a hospital for treatment.