Lights in the City 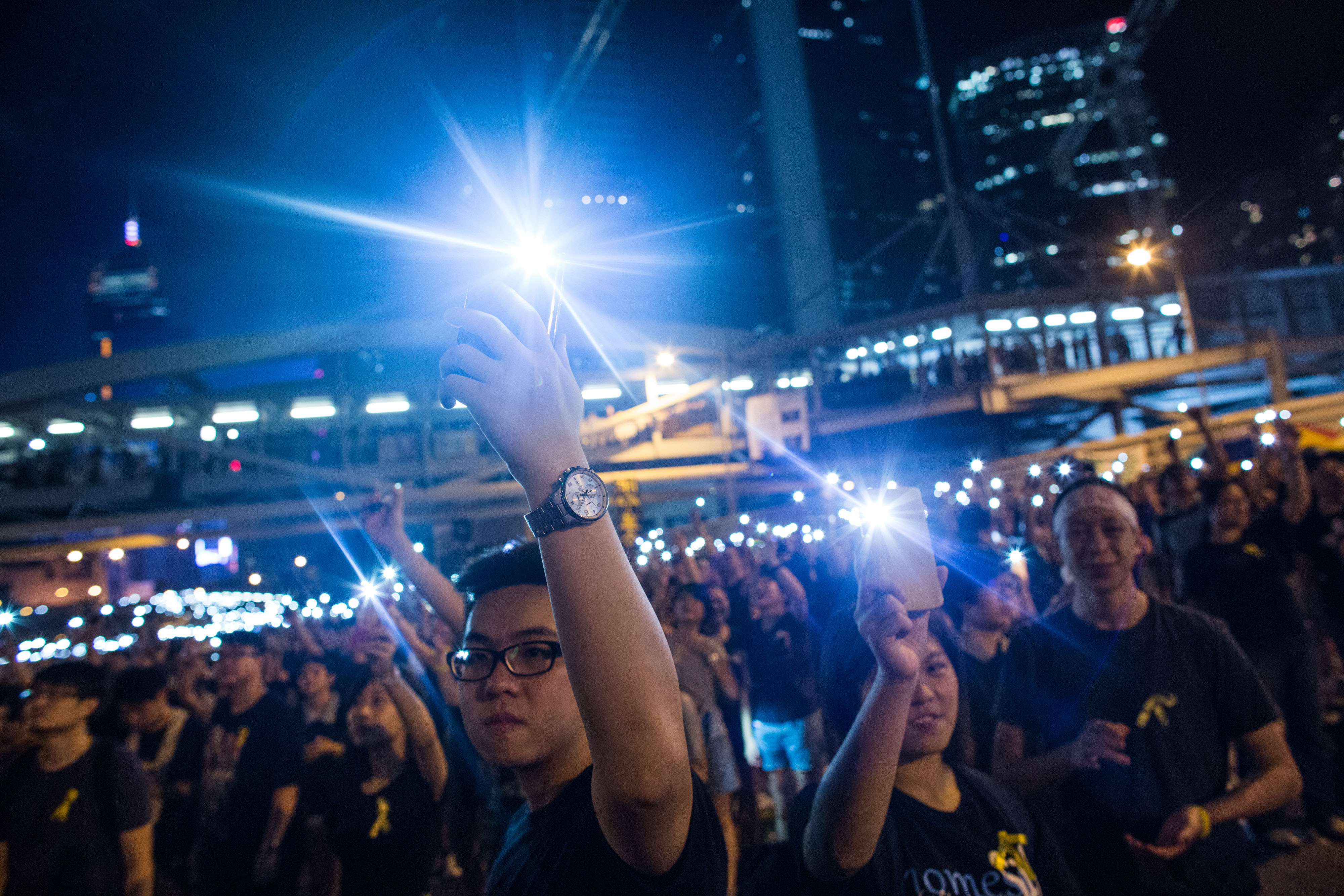 Demonstrators shine lights from their mobile devices as they hold them aloft during a ongoing protest outside the central government office in Hong Kong, China, on Tuesday, Oct. 1, 2014. Hong Kong's pro-democracy protests swelled for a sixth day as student leaders renewed an ultimatum for Leung Chun-ying to resign after jeering the city's top official at a ceremony to mark China's National Day.

Lam Yik Fei is an independent journalist based in Hong Kong. He works for the New York Times, International Herald Tribune and other leading publications on a freelance basis. His works are also distributed worldwide via Getty Images and Bloomberg News Photos.

Return to Hong Kong: Voices of the People