The Fog of Censorship: Media Control in China is an expanded, English-language edition of He Qinglian’s 2004 groundbreaking study of China’s media censorship system, Media Control in China. It analyzes how media control in China is carried out through an elaborate architecture of pervasive Party supervision, a broad and vague state secrets system, stringent publishing and licensing mechanisms, control over key personnel, and the concentration of press groups under a handful of media organizations operating directly under the Party. He Qinglian also describes how new technologies, provided in part by Western companies, have strengthened Internet surveillance and censorship. He Qinglian (何清涟) is an economist from China and is the author of several books, including China’s Pitfall. She has been living in the United States since 2001. 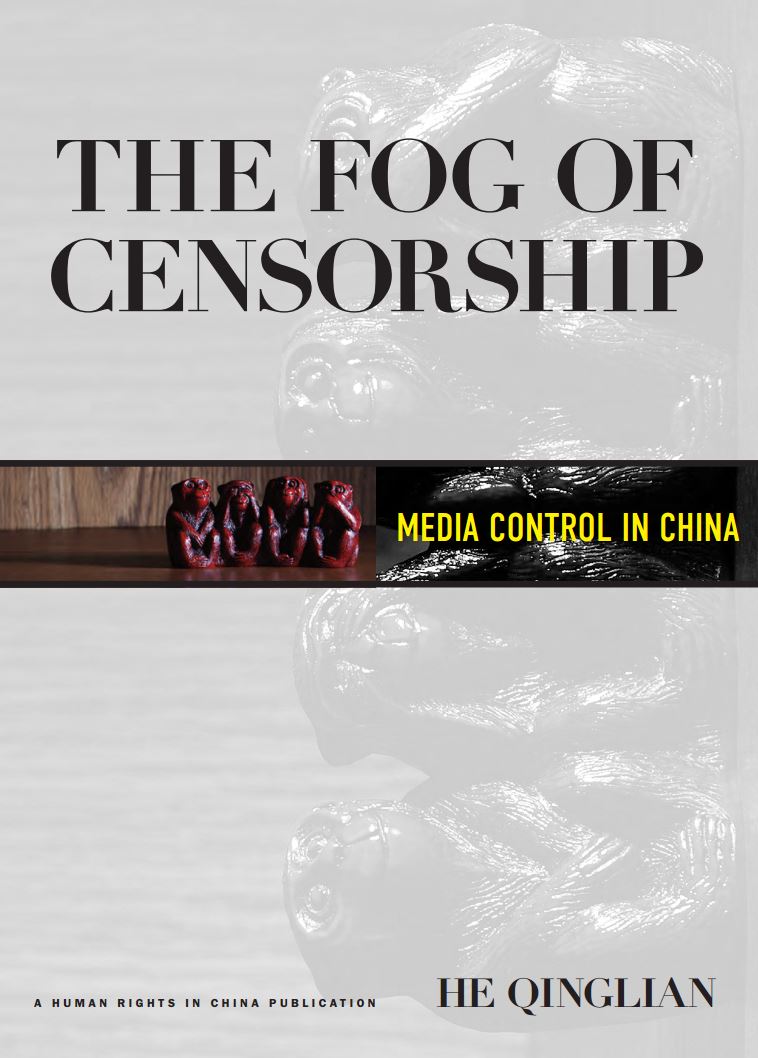 The Fog of Censorship: Media Control in China – Table of Contents

Chapter One:
Media Control and Public Ignorance
Media control in China before 1978
Media control since ""reform and opening-up"" in 1978
The myth of China's ""media reform"" in 2003

Chapter Two:
Government Control of the Chinese Media
The law versus the constitution
The Chinese government's tracking and management of the media
""Unified news coverage"" of major incidents
The political education and thought control of media professionals
The life and times of China's propaganda czars

Chapter Four:
""Internal (neibu) Documents"" and the Secrecy System
Anything can be a state secret
Classified documents and public access to information

Chapter Five:
Chinese Journalists—Dancing in Shackles
Control of news sources and reporting
News blackouts of mining disasters
The use of violence
The Public Security Bureau and court orders
A Worker's Daily issue recalled

Chapter Seven:
Journalismas a High-risk Occupation
The death of Feng Zhaoxia
The arrest of Ma Hailin
The jailing of Gao Qinrong
The recall of a ""reactionary book""
Jiang Weiping, jailed for subversion
Exposing official corruption as a punishable offense

Chapter Twelve:
Media Control and Foreign Relations
The continued influence of Cold War ideology on China's international relations
Ideological indoctrination and the creation of enemies
The effect of propaganda on social ethics
The Chinese government's control over news and public opinion
Cheering in China after 9/11